CIOB Home Back to CIOB
You are here:Home Media Centre CIOB News CIOB opens the door to non site-based managers in CMYA awards 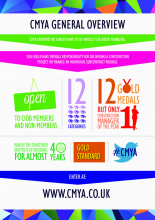 The CIOB has revised the criteria for entering the 2016 Construction Manager of the Year Award, opening up routes for non-site-based managers to apply.

Traditionally, the entry rules have specified that candidates for the awards have to be “site based”. But the new entry rules will embrace project managers working directly for public or private sector clients, or those working for construction or project management consultancies who do not have a daily presence on site.

In addition, applications will also be welcomed from senior managers or operations directors who might be overseeing a portfolio of projects rather than having a hands-on role on a single project. The CIOB hopes that drawing in talent from a broad range of roles and disciplines will mean that the awards line-up better reflects the diversity in the industry.

A spokesperson for the CIOB said that the shift was based on a general recognition that many members in project delivery roles were not “site based”, and therefore unable to apply.  “The changes have been made in order to encourage a wider range of companies to enter their best people who deserve to be recognised for their hard work within the industry.

“Construction managers cover a wide range of areas. CMYA has been going for 37 years, and the way construction projects are managed has changed a great deal over the years. Therefore we need to change the process of CMYA to cover all the different ways we manage projects within the built environment.”

The CIOB now plans to target construction companies, consultancies and clients that have completed projects throughout the UK and Ireland in the relevant timeframe – projects must have been completed in the 12 months prior to 7 March 2016. By targeting a range of organisations, it also hopes to encourage as diverse a community as possible to apply.

The CMYA awards’ traditional and rigorous judging criteria will apply to all nominated candidates, whether they are in site-based or non site-based roles. It will examine how the individual demonstrates professionalism in their field, taking into account communication; organisational skills; relationship-building; overcoming obstacles in design management; implementing innovative solutions and overcoming challenge.

In April, a judging panel for each category will review applications and decide who passes on to the shortlist. One judge from the panel will then visit each project between May and September. Site visits are a key part of the interview and shortlisting process, as the CIOB believes it is important to see the individual in their own environment, and these allow the candidate to explain the project in detail with an industry expert. An interview will then be scheduled for a later date, when the candidate will present the scheme to three judges.

Entries will close on 7 March 2016. The black tie dinner at which the results are announced will be held at the Grosvenor House Hotel, Central London, on 15 September 2016.

For further information about entering go to http://cmya.co.uk/entering-cmya